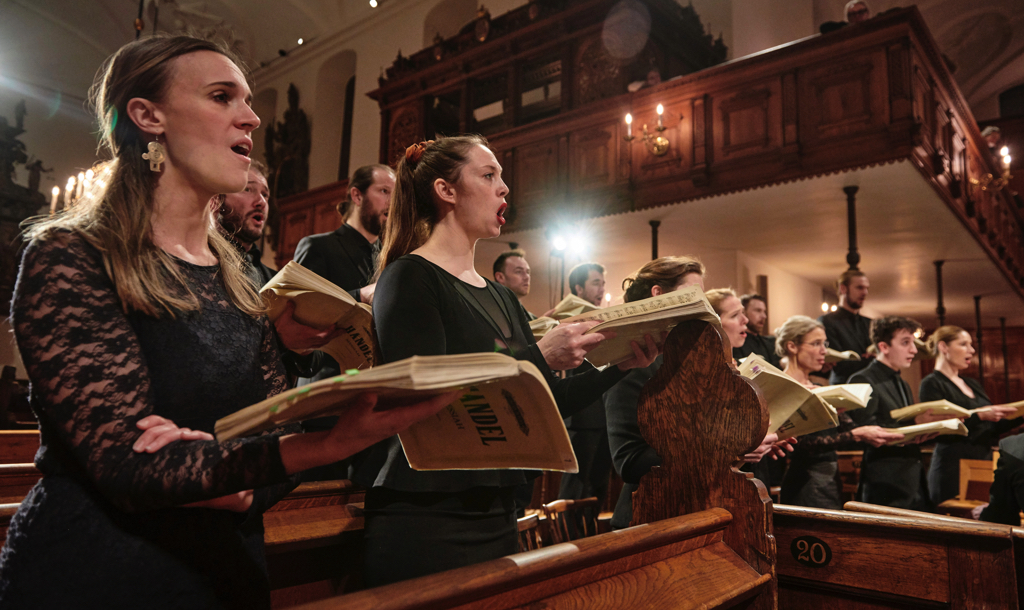 As you know, there are three big B’s in the world of composing. Bach, Beethoven and Brahms. Of course, every season, these three masters are given significant prominence in our concert programme.

The last B has even been given its very own fixed performance: Brahms’ requiem in Phillip Moll’s edition has become a stable part of Mogens Dahl Chamber Choir’s spring programme.

It is not without reason that this magnificent work has always had a large fan base. It is melodic, warm and elegant; composed by Brahms at the peak of his abilities.

In 2017, Mogens Dahl Chamber Choir was granted permission by Rundfunkchor Berlin to use their new arrangement, written for choir and two performers on one piano. It has also previously been performed in this set-up – including by Brahms himself – but, especially in recent years, there has been a growing interest in exploring the requiem in a sleek, chamber music version where Brahms’ fantastic work on the voices of the choir is given its proper place of prominence.

By the same token, Schumann had planned exactly what Brahms now undertook, namely a requiem in the German language. ‘German’ in the title of the work In fact refers to the language and not the German people. Brahms himself has said that he would gladly have called his requiem for ‘Ein menschliches Requiem’ if this had made his intention any clearer.