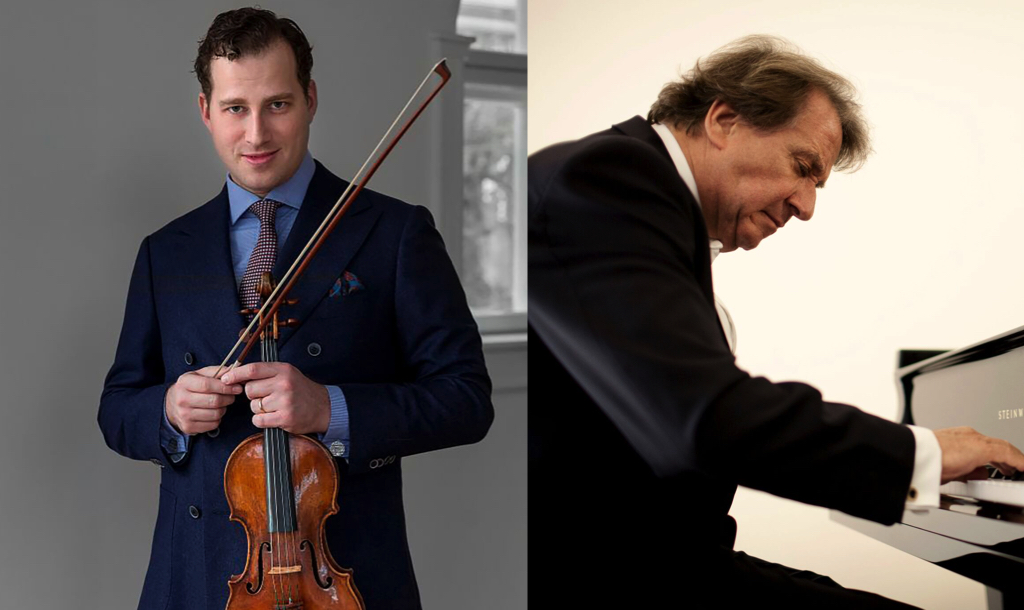 THE COMPLETE BEETHOVEN VIOLIN SONATAS CONCERT 3 Ludwig van Beethoven (1770 - 1827) is the epitome of musical genius - followed and loved by many both back then and now. Mogens

Ludwig van Beethoven (1770 – 1827) is the epitome of musical genius – followed and loved by many both back then and now. Mogens Dahl Concert Hall celebrates the genius’s 250th birthday with a unique concert project in which two of the greatest Beethoven interpreters of our time, Nikolaj Znaider and Rudolf Buchbinder perform the ten famous violin sonatas.

The world’s leading orchestras compete for Znaider: Vienna, Cleveland, Los Angeles Philharmonic and a host of other top ensembles invite him as a returning star soloist. He is regularly on world tour as violinist, but at the same time finds room for a career as a conductor collaborating with the New York, Munich, Chicago and Birmingham symphonies, the French Radio Philharmonic and many more. In September 2020, he will be the new Music Director of the Orchestre national de Lyon.

Despite his very busy schedule, this phenomenal artist has found room in his calendar to play in the Mogens Dahl Concert Hall on several occasions. We are incredibly proud to welcome back one of the world’s leading Beethoven interpreters.

Particularly Rudolf Buchbinder’s exemplary renditions of Beethoven’s works have earned him the reputation of one of the greatest pianists of our time. Among other things, he has performed the 32 piano sonatas all over the world more than 50 times.

It is not only his grasp of Beethoven that has made him one of the legendary pianists of our time. His piano playing exudes enormous authority, the result of a career spanning over more than 60 years. His renditions of classical masterpieces are celebrated worldwide for their intellectual depth and musical freedom.

We are not the only concert hall that has chosen Buchbinder to be at the forefront of the 2020 Beethoven celebration. The Wiener Musikverein has also dedicated its cycle of the five Beethoven piano concertos to Rudolf Buchbinder.