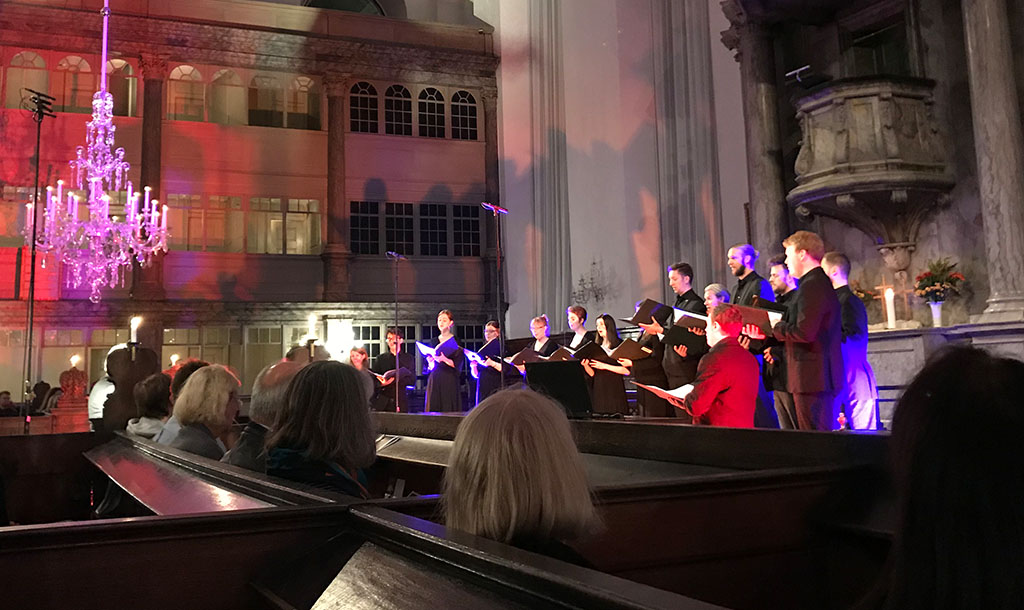 Music in the sign of freedom and hope: Under the theme

INNER & EXTERNAL FREEDOM, Mogens Dahl Chamber Choir takes a dramatic journey into the human mind when it is pushed to the edge due to faith and conviction.

Using the world of poetry as its starting point, the evening offers up a concert programme in which words and music blend into statements of longing, loneliness, existential awakening and hopes for the future.

The evening starts with Sven-David Sandström’s solo for horn, Lamento in Lontano, and is followed by Peter Gunnar Petersson’s dark and soulful suite, Aftonland. The lyrics to the suite are four poems from the Swedish Nobel laureate Pär Lagerkvist’s collection of poems of the same name. Lagerkvist’s existential poems and Petersson’s composition are performed by Mogens Dahl Chamber Choir.

Mogens Dahl Chamber Choir continues the evening with a Danish first performance of Lasse Thoresen’s piece Prison Poems. The texts of the composition are taken from the Iranian poet Mahvash Sabet’s collection of poems of the same name.

In 2008, Mahvash Sabet was arrested in her native Iran solely based on the fact that she is a member of the Bahá’í religious minority community. Two years later, she was sentenced to 20 years in prison. Imprisoned in one of Iran’s toughest prisons, Sabet wrote her poems on napkins and toilet paper. With the help of friends, the poems were smuggled out, edited, translated from Persian and published under the name Prison Poems.

These are powerful poems that reflect on desperation, hope and loneliness and, at the same time, reflect how, despite adversity, a person can grow strong in both faith and spirit – and this particular field of tension has inspired Lasse Thoresen in his composition of the music to Prison Poems.

Actress Karen-Lise Mynster recites the poems of Sabet in a Danish translation.

A special thanks to Secretary General of the Danish PEN, Mille Rohde.