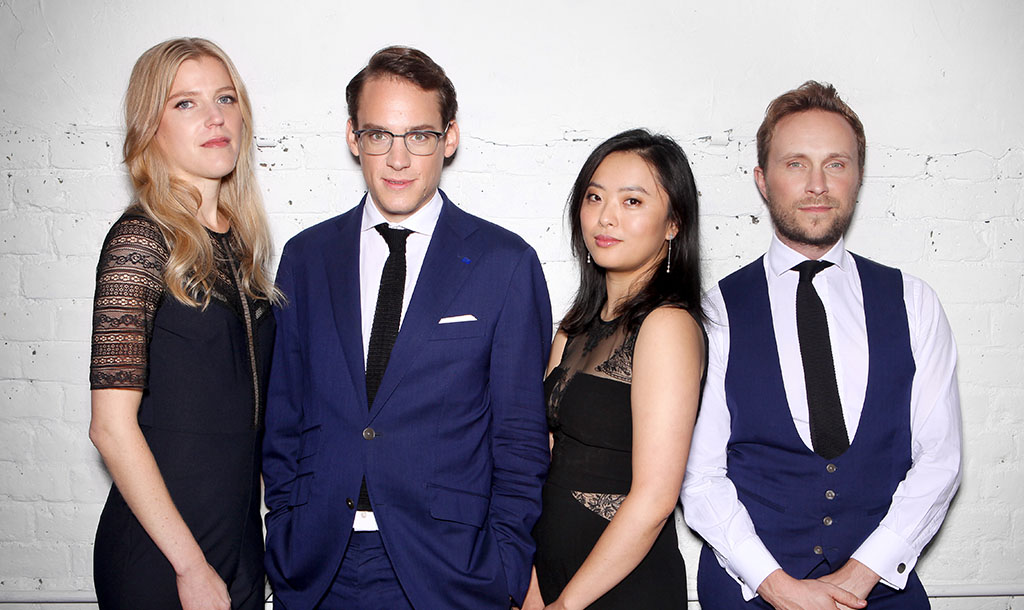 With several spectacular awards and releases on the resume, the Doric Quartet has established itself as one of the most significant quartets of its generation. They are now performing in leading concert halls, including the Amsterdam Concertgebouw, Vienna Konzerthaus, Berlin Konzerthaus, Hamburg Elbphilharmonie, Louvre, Carnegie Hall and Kioi Hall Tokyo. In addition, they regularly perform at the Wigmore Hall.

The quartet was founded in 1998 and has recorded for Chandos Records since 2010. In 2019, they recorded Britten’s collected string quartets and received excellent reviews. Their Haydn recordings have also won great applause – including election of ‘Editor’s Choice’ in Gramophone and ‘Choc du Mois’ in Classica Magazine.

It is as if Haydn’s quartet, nicknamed ‘The Bird’, needs to take a preliminary run-up. Repeated tones and a marked cello bass line quickly establish that we are in C major. But, like a swift bird in the forest, the whole shebang suddenly moves to d minor before sweeping back. Small flicks in the first violin emphasize the ease and playfulness. But notice how the bird-like elements in the middle of the movement evolve into something that certainly doesn’t sound merely bright and happy.

In the final rondo of the finale, there Is plenty of folkloristic fieriness and clog dancing. The quartet ends high up in the blue sky in an ending that is more like a disappearance act than a solid full stop.

Mozart did NOT dedicate his three Prussian quartets to Friedrich Wilhelm II, who himself was an avid amateur cellist. In his notes, Mozart did write that they had been ordered by the king, but there are indications that no payment was ever made for the quartets. In any event, they were published after Mozart’s death without dedication. Paid for by the king in Berlin, or not: Rarely has a cello had such princely a voice in a string quartet.

Beethoven’s string quartet No 13 is performed here in the context of ‘Große Fuge’ (originally written as the 6th and last movement of string quartet No 13, but later published separately). It is great music, In every way, which Beethoven himself reverently referred to as his “dear” quartet. The beautiful melody of the cavatina could bring tears to eyes of Beethoven himself, despite the fact that the composer was completely deaf! Contemporaries regarded the concluding Große Fuge as “Babylonian confusion” and “As incomprehensible as Chinese” but, today, it is widely regarded as Beethoven’s biggest achievement