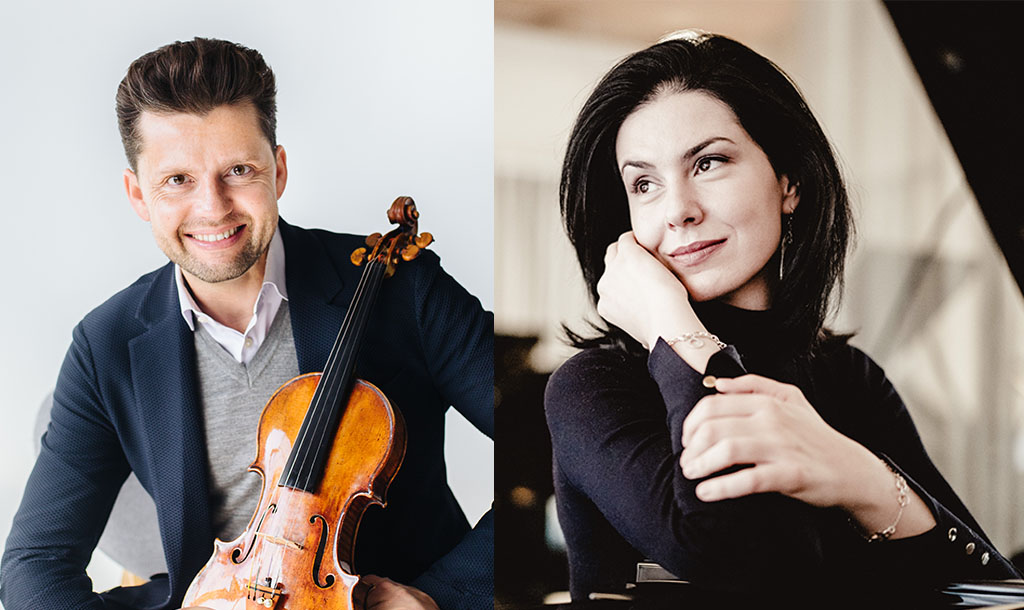 Julian Rachlin’s extremely exciting career has brought him together with the world’s leading conductors and orchestras. He was born in Lithuania and immigrated to Austria in 1978 where he studied with Pinchas Zukerman, amongst others, who has previously visited the Mogens Dahl Concert Hall. Here, he performed as the youngest soloist of the Vienna Philharmonic. Today, he is active on several fronts. On the chamber music scene, he performs with partners such as Martha Argerich, Itamar Golan and Mischa Maisky. In addition, he regularly conducts the most famous symphony orchestras of the world.

Magda Amara is one of the most sought-after chamber musicians in Europe. She has worked with several members of the Vienna Philharmonic as well as musicians such as Andreas Ottensamer, Matthias Bartolomey, Michael Barenboim and Michaela Girardi. She has also regularly performed with the Vienna Chamber Orchestra, the National Philharmonic in Kiev and the Cairo Symphony Orchestra, amongst others.

Brahms’ songs ‘Regenlied’ and ‘Nachklang’  left their impressions  in the violin sonata in G major. Often, the sonata is called the ‘Rain Sonata’ for the same reason. Not only does the common melody from the two songs clearly stand out as the main theme of the third movement but consistently punctuated rhythms from Regenlied drip throughout sonata.

The wonderful sonata in f minor is composed for the clarinet and has since been arranged for viola by Brahms himself. Despite a fast and lively final movement, one is left with warm melancholy as the main impression.

The story behind Dvorak’s opus 75 begins with an attempt to write a trio for two violins and a viola – music that a live-in student and amateur musician could play along to. Over and over, this music evolved into these four romantic pieces that exude Brahms’ enthusiasm for writing music of the intimate chamber music genre.

With a calm first movement, César Franck lets the listener believe that everything Is peace and idyll. The explosive second movement and the introverted recitativo-fantasia bring completely different emotions into play and finally build up to a beautiful and quite serene final movement.