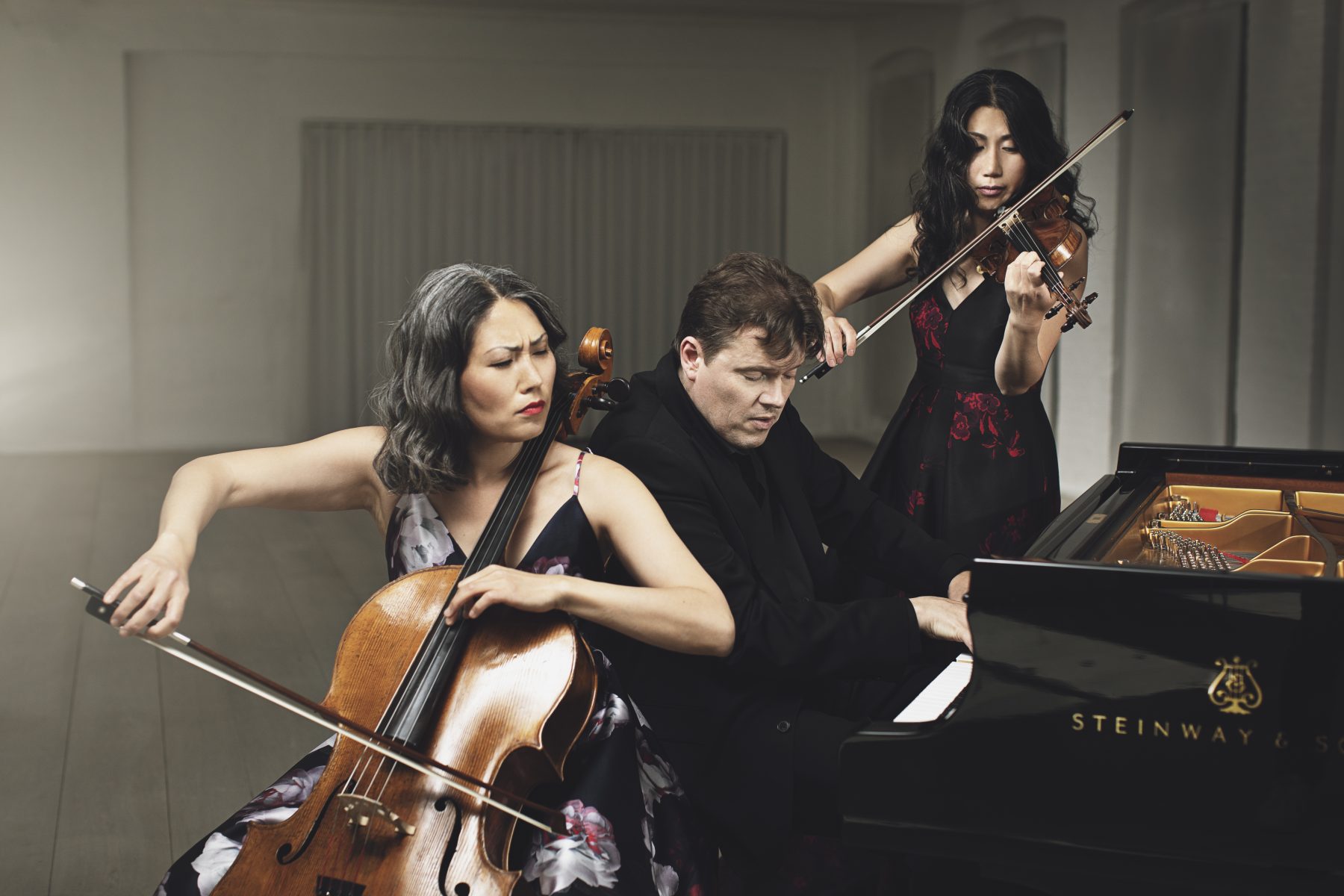 Trio con Brio Copenhagen is an ensemble that we have followed very closely since therir first performance in Mogens Dahl Koncertsal back in 2006. The two Korean-born sisters and Danish Jens Elvekjær, who met in Vienna, have the power both to make individual careers and to attract international attention as an ensemble. They have been met by recognition and praise all over the world. For example, American Record Guide wrote “One of the greatest performances of chamber music I’ve ever encountered”.

The program at this concert features some of the greatest work for piano trios of Beethoven and Tchaikovsky. Works that we love to present and long to hear – not least in such distinguished interpretation as by Trio con Brio Copenhagen. In between these colossuses we find a first performance of Poul Ruder’s work: “PIANO TRIO” in three movements. The work was written and dedicated to Trio con Brio Copenhagen in 2020 and is set to be premiered at this concert.

Brahms’s chamber music has had a very special significance for Mogens Dahl Chamber Choir. When the professional vocal ensemble was founded in 2005, founder and conductor Mogens Dahl first wanted the lifelong love for Brahms’s romantic music to the intense Eastern European love poems to come to life. The music was released on CD in 2007.

Now, many years later, the founder has felt an urge to re-visit the beautiful songs of ill-fated love. This concert is will consist of alternating works for choir a cappella, piano solo pieces and woks for choir and piano.

The piano at this concert is in the knowledgeable hands of Danish Piano Duo, which consists of the two concert pianists Tanja Zapolski and Rikke Sandberg. Separately, over the last few decades, they have established themselves as two of the most sought-after pianists in the Nordic countries, both as solo performers and with chamber music. They have performed across most of Europe, USA and Asia and received an incredible number of prestigious awards and honors. The duo met as young students by the same teacher, the years before they started at the Royal Danish Academy of Music, and have played together since, when the opportunity presented itself. Their close and long-lasting relationship makes them symbiotic and playful in their musical approach to the repertoire of 2 pianos and 4 hands. 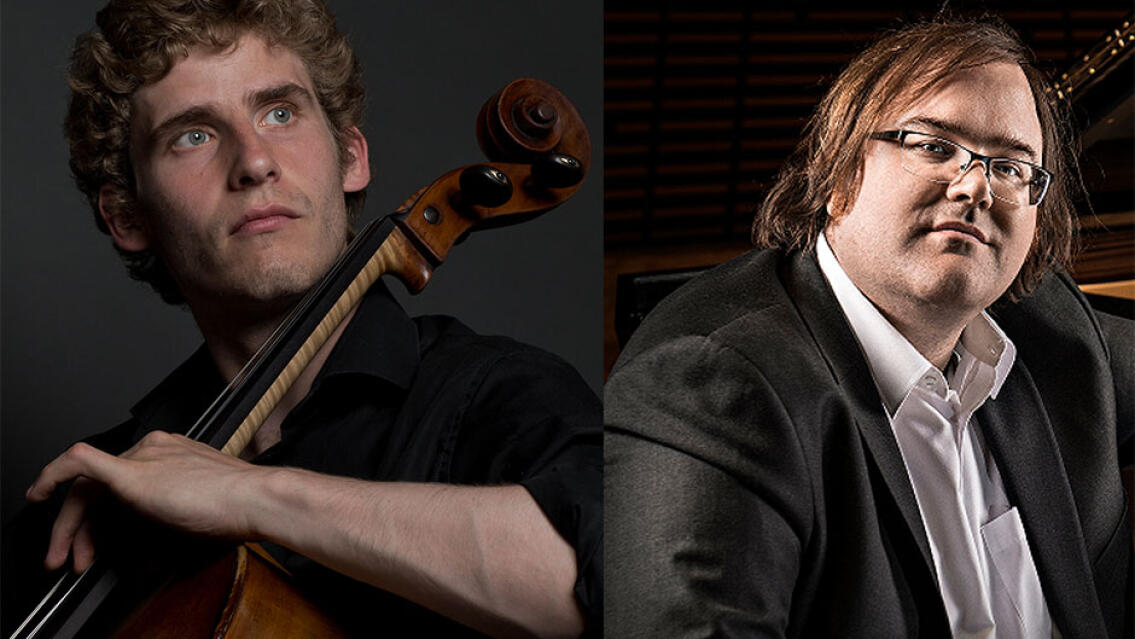 We met this fantastic duo most recently at COLLAGE FESTIVAL 2021, where they had put together a Danish-Norwegian program as a perfect input to the Festival theme “Norway in Denmark”. Mogens Dahl was quick to invite the duo back so that even more people could experience the two together. This time there is also the Nordic repertoire on the program, but the unifying thematic thread is the year 1915 which is the year when all works were composed. Let’s experience the impact the dificult world situation had o the composers.

The duo Brantelid-Hadland is formed by two of the most sought-after and imaginative Scandinavian musicians of the time.

Danish cellist Andreas Brantelid made his debut as a soloist at the age of 14, performing Edward Elgar’s Cello Concerto in his hometown of Copenhagen with The Royal Danish Orchestra. He went on to make a string of acclaimed recordings for EMI and BIS and performs both solo and as a concert soloist with orchestras around the world.

Christian Ihle Hadland, a former BBC New Generation Artist, is Brantelid’s partner in the duo. He was born in Stavanger, Norway in 1983 and has made a name for himself as a true wizard at the piano with a distinctive touch and a hunger for repertoire of all kinds. He has made concert appearances at the BBC Proms, collaborated with some of the most high-profile artists of our time, including Renée Fleming, and is a frequent guest soloist at Wigmore Hall in London.

The duo Brantelid-Hadland have performed throughout Scandinavia with notable performances at Mogens Dahl Concert Hall in Copenhagen and at Hindsgavl, Bergen and Dresden Festivals. Concerts broadcast on all the major Nordic and German radio networks and on the BBC. 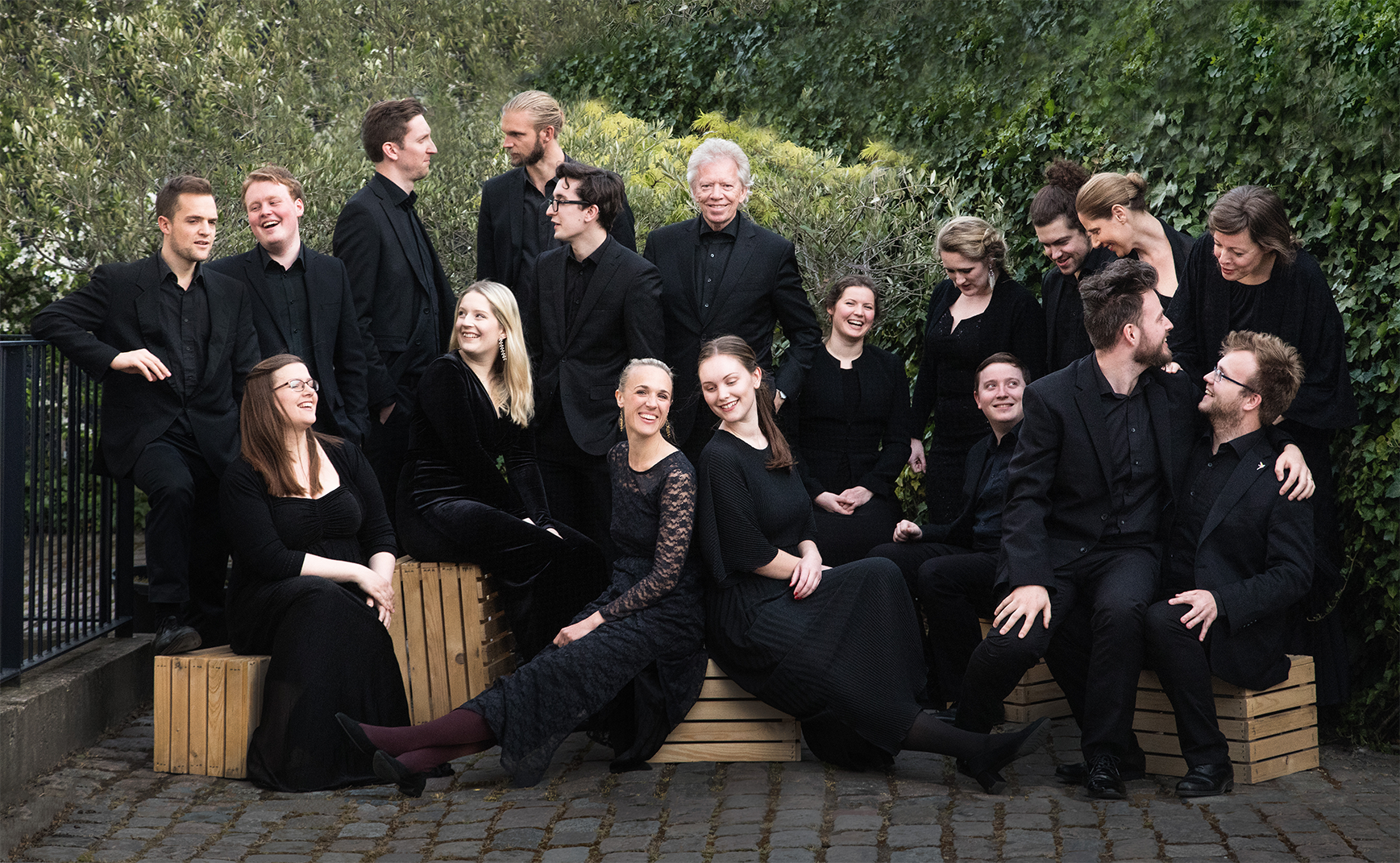 In 2017, Mogens Dahl Chamber Choir was granted permission by Rundfunkchor Berlin to use their new arrangement, written for choir and two performers on one piano. It has also previously been performed in this set-up – including by Brahms himself – but, especially in recent years, there has been a growing interest in exploring the requiem in a sleek, chamber music version where Brahms’ fantastic work with the voices of the choir is given its proper place of prominence.

By the same token, Schumann had planned exactly what Brahms now undertook, namely a requiem in the German language. ‘German’ in the title of the work in fact refers to the language and not the German people. Brahms himself has said that he would gladly have called his requiem for ‘Ein menschliches Requiem’ if this had made his intention any clearer.

The Schumann Quartet has reached a stage where anything is possible because it has dispensed with certainties. This also has consequences for audiences, which from one concert to the next must be prepared for all eventualities: “A work really develops only in a live performance,” the quartet says. “That is ‘the real thing’, because we ourselves never know what will happen. On the stage, all imitation disappears, and you automatically become honest with yourself. Then you can create a bond with the audience – communicate with it in music.”

A highlight in the 21/22 season will be the four concerts at Wigmore Hall London, where the quartet will be ‘Quartet in Residence’ this season. Furthermore, the quartet will go back on tour in the US, after a forced break. The string quartet will further be performing at Biennalen in Amsterdam, Slesvig-Holstein music festival and MDR Music Summer Festival and in Berlin, Schwetzingen, Frankfurt, Cologne and Dortmund and we are proud to announce that they also make a stop by Mogens Dahl Concert Hall.

In the second part of the evening, the quartet will be accompanied by the pianist Fabian Müller. During the last seasons, Fabian Müller could establish himself as one of the most remarkable German pianists of his generation. He caused a great sensation at the International ARD music competition in Munich 2017, when he not only won 2nd prize in the overall ranking, but was awarded with not less than four additional prizes: the audience prize, the Brothers Busch award, the special prize Genuin classics as well as the Henle Urtext award.

Beside his projects as a soloist, Fabian Müller is also intensively devoted to chamber music. His partners in this sphere include artists such as Albrecht Mayer, Julian Bliss, Sarah Christian, Niklas Liepe, Daniel Müller-Schott, Maximilian Hornung, the Aris Quartett as well as the Vision String Quartet. Furthermore, he is the artistic director of the chamber music series Bonner Zwischentöne, which was initiated by him. 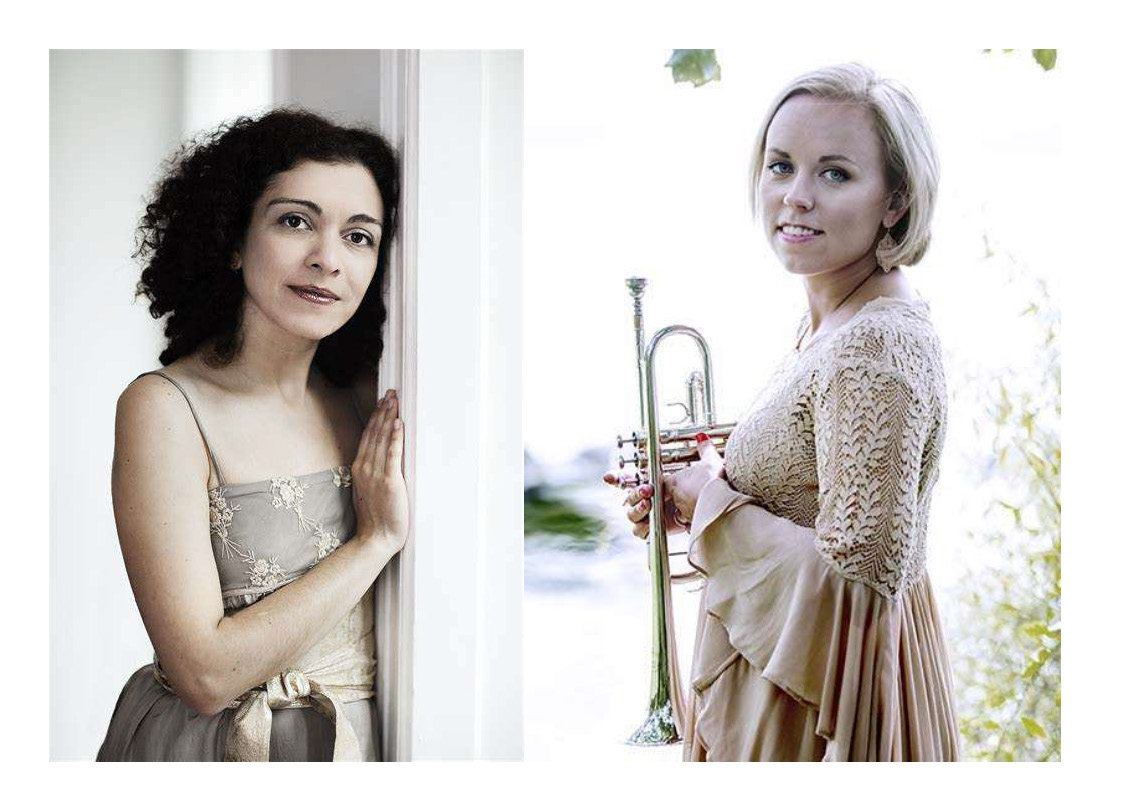 Marianna Shirinyan is an Armenian-Danish pianist who has won several awards. She was the first person to receive the Danish Radio’s new classical artist award, the “P2 Prize” in October 2010. Her CD debut from the same year with chamber music by Chopin was recorded together with the cellist Andreas Brantelid and violinist Vilde Frang won the award “Danish Chamber Music/Solo Release of the Year”. By the way Andreas Brantelid is also among the artists of this season in Mogens Dahl Koncertsal (March 28th)

Norwegian Tine Thing Helseth has stood up for the trumpet repertoire since the beginning of her career and deserves the highest praise for her soulful, lyrical sound and collaborative approach to music creation. Helseth – as an artist – always challenges the boundaries of the genre with an intensely creative, open-minded philosophy. Her ever-growing repertoire ranges from the classical period to contemporary works and new pieces written and dedicated to herself.

Here in Mogens Dahl Concert Hall we got into a very pleasant acquaintance with Tine during COLLAGE FESTIVAL in October 2021. Here, too, we got to hear her versatility when she played both Haydn’s and Bent Sørensen’s trumpet concertos and was also a vocal soloist in a jazzy repertoire later that same evening – what a performance! Please enjoy a musician of a very special caliber.